A Great Place To Grow! 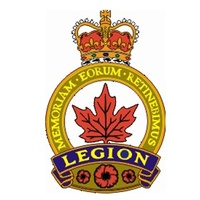 Veterans of WWII returned home & began their lives as civilians, the “boys” felt that something was missing – Comradeship. Consequently, some of them took the initiative to do something about it. Initially they met at Dr. Stanley Ball’s office and also at the Old Fellows’ Hall. Those ambitious WWII vets were supported in their cause by local veterans, in particular, Dr Stanley Ball, Del Jennings & Bert Lickorish. Branch 459 - Royal Canadian Legion received its Charter on April 11, 1947.